In the battle of the bulge, carbs often hold enemy status.

But, as it turns out, to carb or not to carb isn’t the real question when it comes to weight loss; what matters more is the type of carbs you’re consuming.

Why? Well, not all carbs are created equal when it comes to how our bodies process them, say health experts Dian and Tom Griesel, authors of TurboCharged, a lifestyle plan that claims to help people “quickly lose excess body fat and keep it off.” 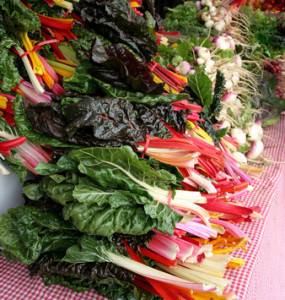 Are you among the 75% of adults who consume less than three servings of veggies per day?
Photo credit: Turbocharged.us.com

Eat a steady stream of carbs, and your glycogen tank is always topped off, so your body never dips into its fat stores.

The solution? A diet rich in what the Griesels term ‘diluted’ carbs (fruits, veggies, etc.), which are much more moisture-rich and nutritionally-dense than traditional ‘concentrated’ carbs, which tend to mess with our systems.

To learn more, I sat down with Tom Griesel about this carb conundrum. The first half of our interview is below.

Tell us, why have carbs gotten such a bad rap?

Perhaps because all carbohydrates are traditionally lumped into a single category, or alternatively considered as either simple or complex. However, the fact is that there are simple and complex carbohydrates (starches and sugars) and also concentrated and diluted carbohydrates (grains and fruits/vegetables), and each has a different effect after consumption. Also, foods are rarely eaten by themselves—and combinations of foods, including carbohydrates, have different effects on our digestive and hormonal systems when compared to eating a single food alone.

So is there such a thing as ‘good’ and ‘bad’ carbs?

Why do specific combinations (e.g. sugar/fat) take more of a toll on our bodies?

Sugar/fat combinations or starch/fat combinations are not found in nature. They are a very recent (from an evolutionary standpoint) artificial addition to our diets. We are now eating stuff that was never available prior to the last 50 years or so. This combination has been found to be the most likely to result in fat storage (think potato chips, french fries and donuts).

These combinations are common in almost all popular processed-food products consumed today, and the typical American diet is built around them. Our bodies are just not adapted to process these combinations without problems. We are unwittingly participating in a huge dietary experiment that is obviously turning out badly, based on the rapid rise in almost every chronic ailment known.

Tell us why you attribute the consumption of grain to the rise of obesity, diabetes, heart disease and other significant illnesses.

Some societies have been eating grains for a while (about 10,000 years or so, which is actually very short from an evolutionary perspective), but the time period for most humans has been much less. Grains are what we would classify as concentrated carbohydrates.

Grains also score very low on a nutritional value-per-calorie basis when compared to leafy greens, non-starchy vegetables and fruits that humans evolved eating over hundreds of thousands of years. Grains provide a concentrated form of calories but few nutrients compared to other readily available choices (that we are better adapted to process).

It is important to understand that there is really not much of a difference in the way our bodies process them regardless if they are whole or refined. They are all broken down quickly into sugar. This concentrated form of sugar, even in what would be considered relatively small amounts, will cause a spike in blood sugar levels.

And why is this spike in blood sugar problematic?

High blood sugar levels signal the body to release insulin to stabilize the situation. Most of the excess sugar is converted and stored as body fat, particularly in people who regularly consume a steady supply of carbohydrates throughout the day. Excess concentrated carbohydrate consumption is the cause of metabolic syndrome.

Are there any particular foods we should eliminate from or add to our diet for better overall health?

It is now widely believed that almost everyone has sensitivity to wheat, wheat products and other products containing gluten, which cause gastrointestinal problems even without any diagnosis of celiac disease. Between intestinal damage, causing decreased nutrient absorption and low nutrient content, a grain-based diet leaves many people fat yet malnourished.

Stay tuned for part two of our interview in which Tom discusses the role of exercise in his healthy lifestyle plan, along with how to ‘TurboCharge’ your body’s fat burning abilities…

4 thoughts on “Will the real carb culprit please stand up? (Part I)”